I recently attended a networking breakfast near me. It was a well-established group with close to 30 people, some of whom have been in businesses for 30 years or more. One-by-one, we went around the room and delivered our 60-second pitches. Since I was a visitor to the group I got to go last. 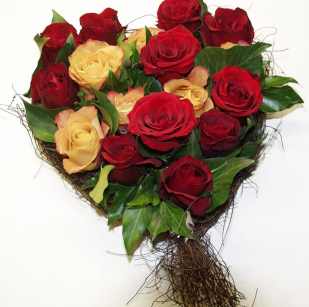 What struck me about the group was how well members explained their unique selling propositions and talked about what was happening in their respective markets and what they are talking to customers about. For example, the first speaker, a florist, was excited because Valentine’s Day is coming up and he knew it would generate a lot of business.

An electrician talked about different kinds of electrical heating installations to augment a home or business’ main system on very cold days, like the one we had earlier in the week. Others spoke about interesting challenges they addressed, such as the mortgage broker who used his ingenuity and market knowledge to help a customer with a low credit score get a mortgage.

What they shared in common, besides meeting every week over eggs and coffee, was telling a story that would be of interest to their customers and prospective customers and, hopefully, get them to do business.  Only this audience wasn’t customers but, rather, other business owners who could potentially refer business their way.

The big difference between a business network and social networking is trust. Business owners and managers vet people before they refer them business or collaborate on a project. A new network member might not see referrals from the network for several months.

Many people who are active on social media do not verify what they view and share.  The hundreds of phony Facebook accounts during the 2016 election and the brouhaha over the confrontation at the Lincoln Memorial between a group of Kentucky high school students and a Native American activist from Nebraska drive this point home.

More troubling are the hundreds of journalists who don’t properly vet stories that originate off of Twitter and other social media services. It gives credence to the accusations of “Fake News“ the President constantly lobs.

A social media rumor can quickly blow up into a major headache for a corporate communications office or PR agency charged with protecting a company’s reputation. “A lie can travel halfway around the world while the truth is putting on its shoes,” goes a popular saying wrongly attributed to Mark Twain.

While social media can be a great vehicle for sharing content and driving traffic to a website if you can get in front of the right audience, it is not a panacea. Best to also include public relations and communications you control such as direct mail and newsletters in your marketing strategies. If your content is compelling, it will find its audience and even be shared via social media Also, grow and nurture your real network, not just the virtual ones.